I am happy to share with you a trailer that uses Gil’s “The Revolution Will Not Be Televised” to promote Marvel’s upcoming “Black Panther” movie​. I feel certain that Gil would appreciate the symbolism inherent in this use; and the song’s inclusion will introduce Gil’s voice to an entirely new audience.

“I have never seen anything like this,” says shadowy government agent Everett Ross (Martin Freeman) at the start of the official Black Panther trailer — and to judge from the trailer footage, Marvel’s next solo superhero movie delivers on that promise.

“If you thought you were already excited about Marvel’s upcoming Black Panther movie, then think again. The new Black Panther trailer has arrived alongside a new poster, and, even though the film hasn’t come out yet, this trailer is enough to make it everyone’s favorite Marvel movie ever. Seriously, fans are losing their minds, and you probably will too once you get a look at all this new footage.” 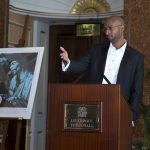 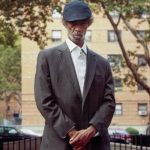 A messenger with a timeless messageUpdates