hen Gil Scott-Heron died in May 2011, Public Enemy’s Chuck D hailed him as “the manifestation of the modern word”. At his funeral, Kanye West performed Lost in the World/Who Will Survive in America, which sampled his spoken word . During the attempt to overthrow Egyptian president Hosni Mubarak, Scott-Heron’s most famous track, The Revolution Will Not Be Televised, was playing in Tahrir Square.

“Gil was a legend to me as a kid,” says rapper Talib Kweli, one of several artists appearing at The Revolution Will Be Live, a concert tribute to Gil Scott-Heron in Liverpool. “Kanye West, Jay Z, Ice Cube … mention Gil Scott-Heron and they will go on about how he’s influenced them. Put it this way: without Gil Scott-Heron there would be no Kanye talking about New Slaves.” 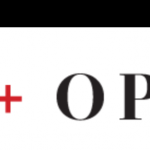