hen he first told America in 1970 that “The Revolution Will Not Be Televised,” after writing it in 1968 at age 19, Gil Scott-Heron set the stage for what would become part of the musical and poetic soundtrack for black, white and brown progressives and revolutionaries. And he didn’t stop until 40 years later. Gil was the “musical grandson” of insurrectionist Nat Turner and liberator Harriet Tubman, and the “poetic son” of fiery author David Walker and anti-lynching editor Ida B. Wells.

Gilbert “Gil” Scott-Heron was born April 1, 1949 in Chicago to Jamaican soccer star Giles “The Black Arrow” Heron and opera singer/teacher Robert (yes, “Robert,” as named by her father Robert), better known as Bobbie, Scott-Heron. When he was two, his parents separated after his father had decided to move to Scotland. The two of them didn’t speak to each other again until he was 26. Immediately following the separation, Gil’s mother moved to Puerto Rico to teach English. Before going, she sent him to Tennessee to live with her mother, a serious and religious southern woman. His grandmother was pivotal in laying the foundation for him to become the man he became. 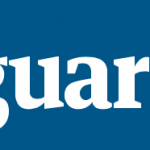