While serving as the DJ for the 2021 Academy Awards broadcast on Sunday (and taking home a statue of his own), Questlove further multitasked by letting viewers watch the new trailer for Summer of Soul, due to hit theaters and Hulu on July 2nd via Searchlight Pictures. Initially titled Black Woodstock, the film, which debuted earlier this year at Sundance Film Festival and earned both the Audience and Grand Jury Prizes, chronicles the largely forgotten Harlem Cultural Festival of 1969—the same summer that the famed Woodstock took place just a couple hours north of NYC.

As on-screen titles explain in the new clip, mixed in with audio of Gil Scott-Heron performing “The Revolution Will Not Be Televised” and video snippets of Harlem Cultural Festival performances by Nina Simone, Sly & The Family Stone, Gladys Knight & The Pips, Mahalia Jackson, Stevie Wonder, B.B. King, and more, “In 1969, the same summer as Woodstock, another festival took place. It was filmed but never seen. Until now. … To re-write history—to right history: Summer of Soul (…Or, When The Revolution Could Not Be Televised).” Watch the new teaser trailer for the Questlove-directed Summer of Soul documentary below. 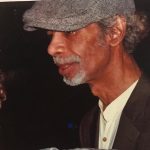 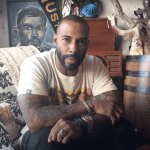 Omari Hardwick on the Influence of Gil Scott-Heron’s MusicUpdates, Videos