athers often complain that they get short shrift when it comes to their role in raising their children, and celebrating their special day.

Stories ranged from a father’s dream that one day he would have a daughter to a dad who would give his last dime to someone on the street and whom his son had to share with the world.

Sometimes, too, those relationships could be rather complicated. At times, a grandfather or stepdad filled the void.
There’s the husband and doting dad of three whose own tortured relationship with his father made him determined to be the best dad he could possibly be to his own children. And there’s the father whose love made his child’s transgender transformation easier.

There is a connection to fathers that can’t be ignored and often shapes us into the people we are today.

Administrator of the estate of his father, singer, songwriter, activist and author Gil Scott-Heron/Brouhaha Music
“I think that one thing that people don’t know about my father was his loving side. A lot of times, people feel like he was a revolutionary, or trying to get a point across or fight some type of injustice, but he was actually very loving … to me and … to my daughters. I have two daughters now, but I had one daughter that he was able to see. He has her name in the liner notes on one of his albums. So I think there’s a softer side that some people may not be familiar with.” 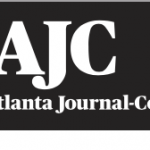 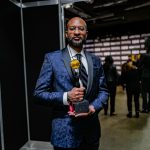