To fans of Gil’s music: Check out the two links below. The first takes you to the documentary “Who Is Gil Scott-Heron,” which was re-released in February 2020 to coincide with release of the 10th anniversary edition of “I’m New Here,” featuring bonus tracks. The second link is to an Apple-TV promo for an episode of Octavia Spencer’s “Truth Be Told,” featuring Gil’s powerful rendition of “Me and the Devil.” All this takes us into April 1, when we will celebrate the 71st anniversary of Gil’s birth. Happy Birthday, pops!

The truth will tell us who he is. Watch #TruthBeTold now on the @AppleTV app with an Apple TV+ subscription. 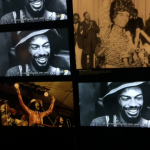 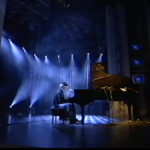